I think few people have not watched or heard about the show Doctor Who. In the world of Mancraft there are already many additions dedicated to this popular TV series. Now the time has come when the characters of the Doctor Who universe are transported into the blockworld of Minecraft Bedrock! New mobs look very high quality, and their behavior patterns correspond to the series. The similarity is really amazing! If you consider yourself a true fan of Doctor Who, then you simply must try Doctor Who Mobs Pack mod for Minecraft PE!

How it works?
Now the majority of hostile and neutral mobs have been replaced by the characters of the popular TV series. Some of them even have individual behaviors. This addition was created mainly for the Welcome To The Tardis card.

Below on this page you can find a complete list of new mobs and their functions.
Mod Doctor Who Mobs 1.9.0
Creeper was replaced by a hostile new mob – a distant one. It automatically detects and attacks players within a certain radius.

Some items have also been replaced. For example, the sontaran rifle replaced the bow. They are very similar, except for the fact that instead of arrows a rifle shoots lasers. 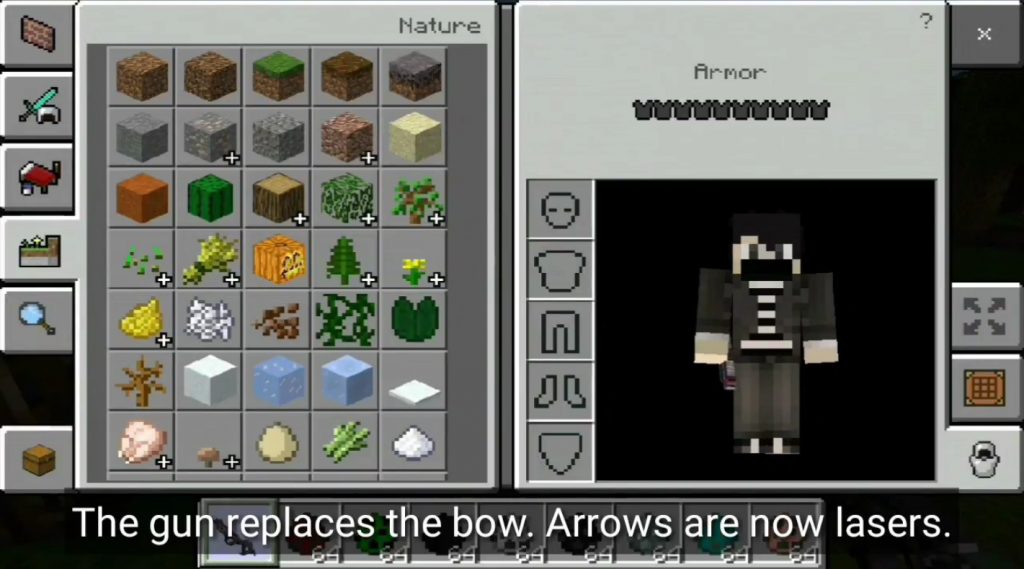 Temporary lords (replacement of the summoner and champion)
Skins changed