Minotaur is a giant bull in the world of Minecraft! Mod Minotaur Boss adds to the game this new boss, equipped with a hammer as a weapon. Mino in the Minecraft Bedrock has quite a lot of health, and also deals decent damage. So if you are looking for a worthy opponent, this boss will definitely surprise you with your fighting skills!
Mod Minotaur Boss Screenshots: 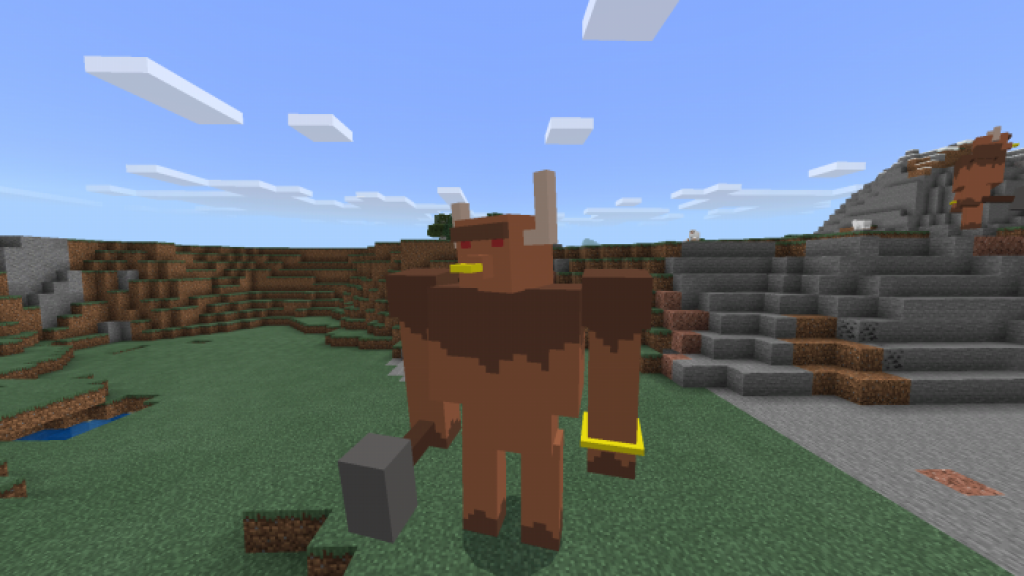 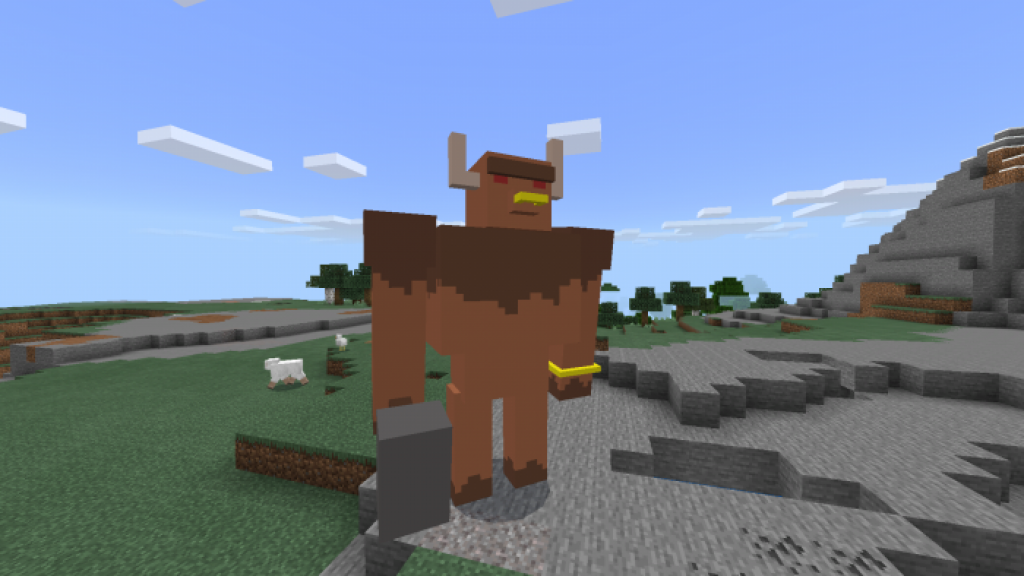 Minotaur will chase the players and attack them. It can hit you so hard that you soar upwards. 1800 health hearts and 10 attack damage! However, he has one weakness in Minecraft Bedrock: he can only attack from close range, and also moves rather slowly.