Hooray! For all the fans of Marvel playing Minecraft Pocket Edition, we found a great Avengers Endgame Addon. This mod is based on the popular movie “Avengers: Endgame”. The idea of ​​fashion is that it adds many elements from this legendary film to Minecraft PE, including the Stones of Infinity. And of course, as without the main villain? The mod will add to Minecraft PE Boss Thanos, who is incredibly strong! Thanos has gotten all of the Infinity Stones and has snapped his fingers. Now you can suit up with the help of the other Avengers to stop him! Use Captain America’s Shield, or even the Infinity Gauntlet itself to become more powerful. So go ahead! Save the world from the terrible villain and become the real heroes of the world Minecraft Bedrock.

​Each Infinity Stone gives you different powers or abilities. You can only have the strength to use them, however, when holding the Infinity Gauntlet. 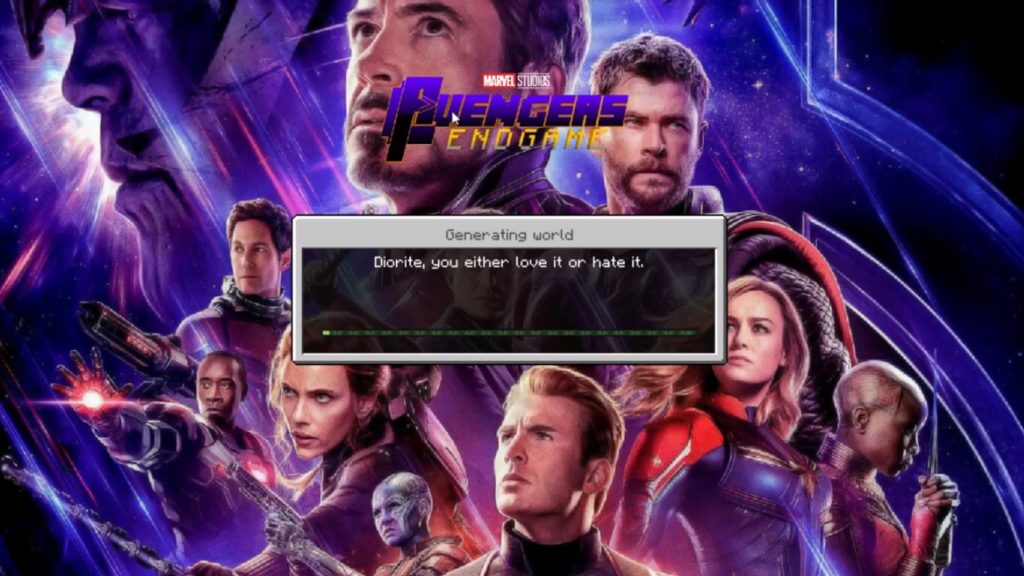 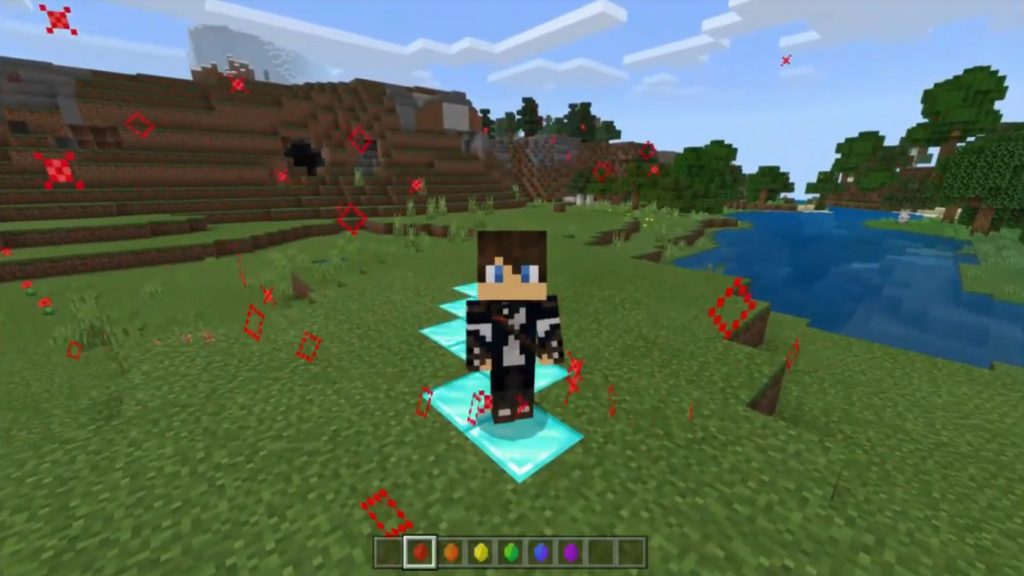 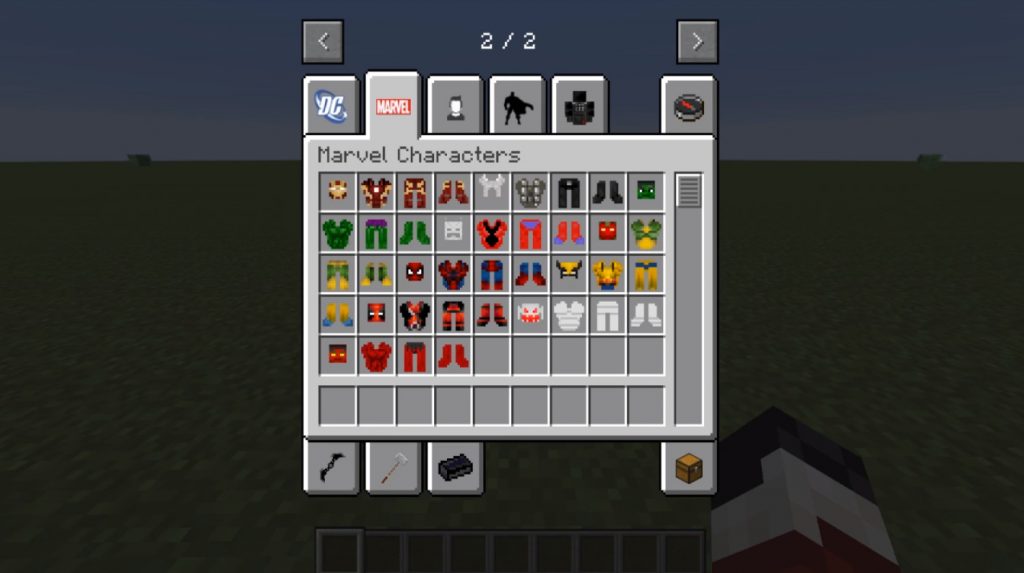 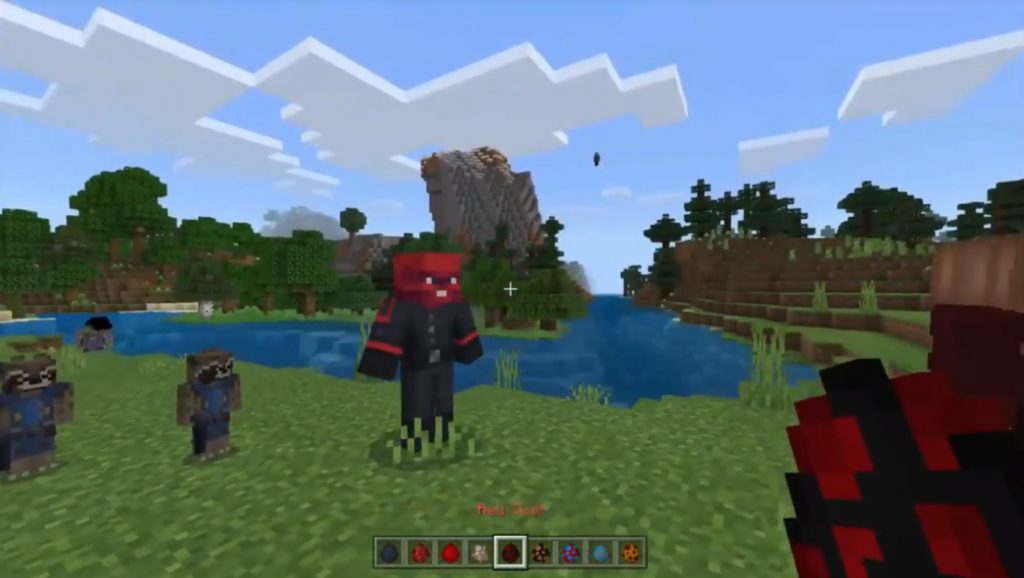 Holding the Power Stone will make entities, when hit by the player, take 15 attack damage. It will also cause a purple explosion underneath the entity, which can be used for special effects or to launch mobs off of ledges.

The Space Stone allows players when holding the stone to teleport around 15 blocks away from their previous location. A portal (used only for decoration purposes) will appear both where you teleported from and too.

“Reality can now be whatever I want.” – Thanos
The Reality Stone can change reality as you know it and make you rich. Wherever you walk, Diamond Blocks will appear and red particles will fly into the air, dropping diamonds and emeralds down to the ground.

Because it was only used once in “Avengers: Infinity War”, the Soul Stone does not have many functions. However, you can still use it to summon a swarm of bats to annoy your friends or enemies. When summoned with the stone, the bats will only last four seconds before disappearing.

Being one of my favorite features in the addon, the Time Stone can, when held in your hand, will continuously change the time of day. Once you stop holding the stone, the time of day will stop changing.

The Mind Stone can give you special effects when held. It gives you speed, jump boost, resistance, and regeneration. So whenever you are low on health or need to get somewhere quickly, just use the Mind Stone.