Players have long been attracted by the atmosphere of fear, uncertainty, etc. Therefore, more and more stories about creepy creatures and monsters appear on the network. We suggest adding some of this atmosphere to MCPE!

For this, the Creepypasta Null mod was created. He adds a new creature to the cube world – the Void. It will not appear all the time. The trick of the mod is that everything will happen rarely and abruptly.
New, creepy creature in Minecraft

Dark creature on a background of grass

In addition to this creature, strange, lonely red torches on the ground and tablets will appear in the world. 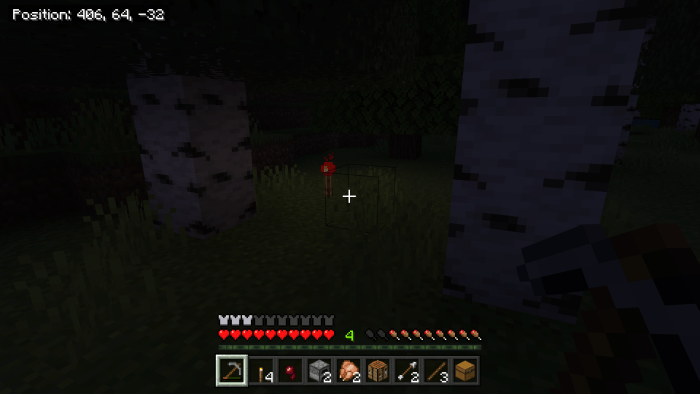 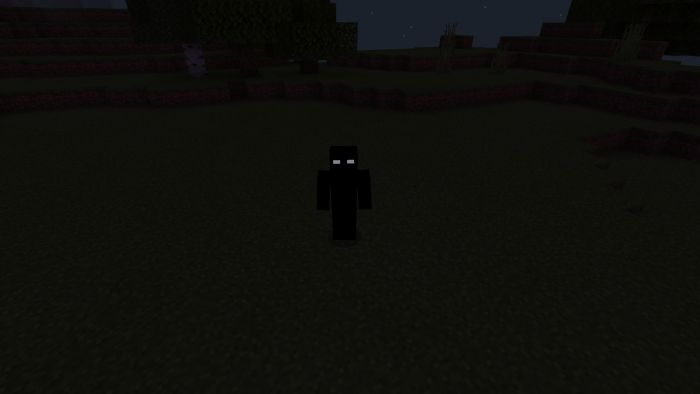