And now a little history on the D-Day Battle map. To avoid questions – D-day is the designation for the Allied troops landing in Normandy in 1944. In Minecraft, however, the map does not cover a huge coastline, but its microscopic piece.

So if you wanted to play for the German troops in Minecraft PE – you are at. The spawn on the map will be on your shore – and your task in the MCPE is to repel the attack. Allies, on the contrary, must break through the enemy defenses in MCPE and occupy fortifications. 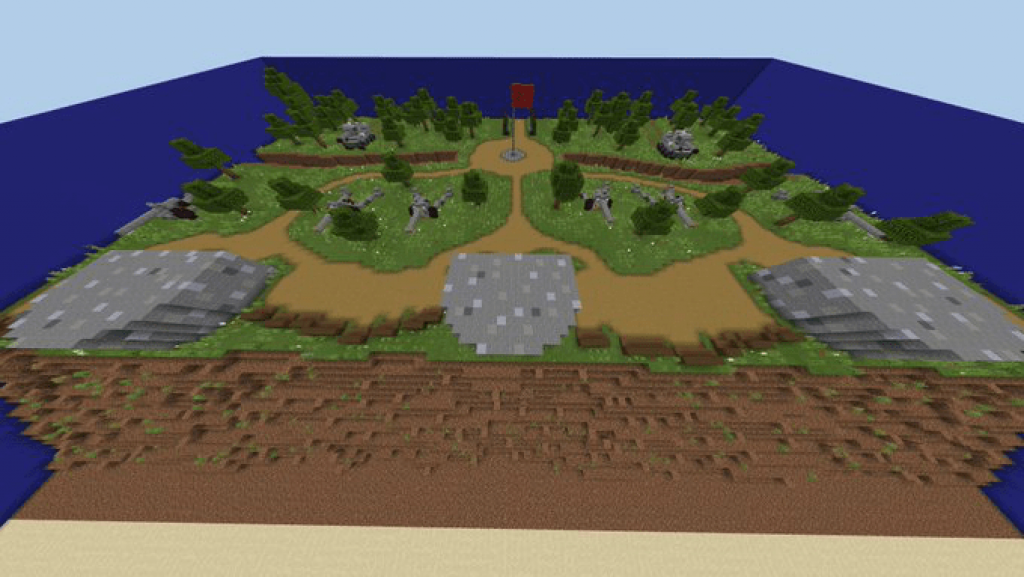