The author of the mod has provided for a zombie defender function in MCPE. Now, when a dangerous mob approaches in MCPE, they will take your side. At the same time, they no longer burn during the day in the game. Don’t forget about the experimental settings. 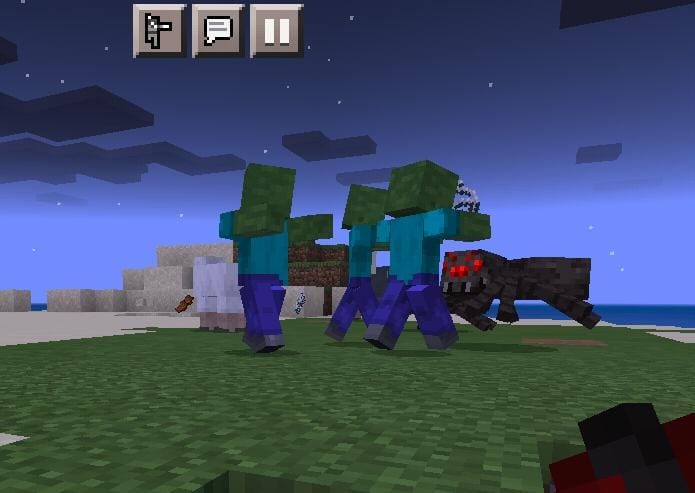 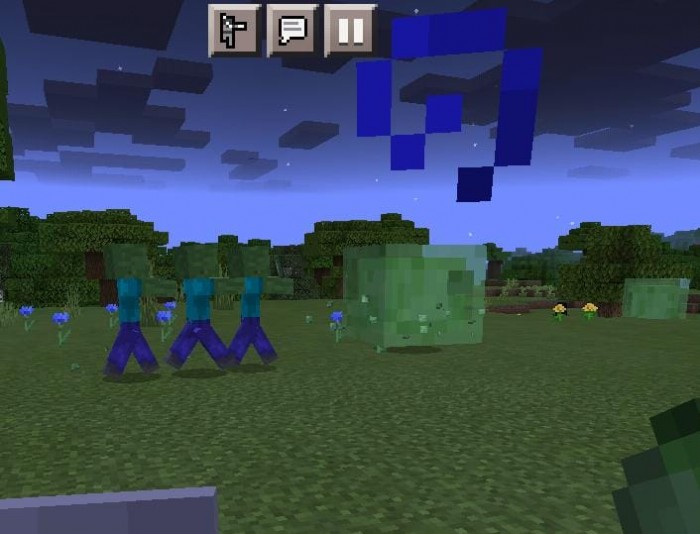 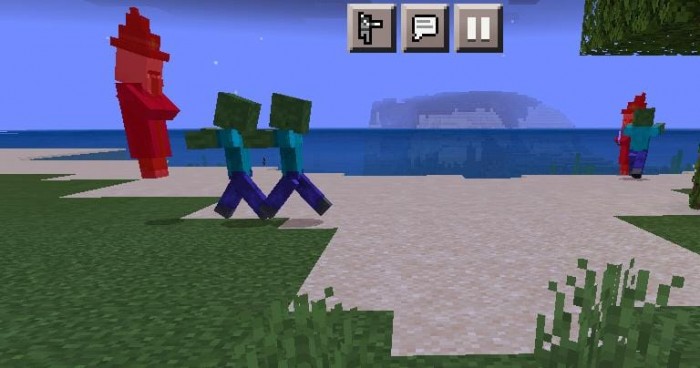